Marley and Dan started their engagement session in the middle of the desert in Phoenix, Arizona with their pickup truck that they ended up getting stuck in on their first date to Lockett Meadow in Flagstaff, Arizona. After hanging out in the desert with them for a few hours we headed over to Lush cosmetics in Scottsdale where these two met. Marley has worked for Lush for about 7 years now and the manager at the Scottsdale location was kind enough to let us have the session there during their opening hour.

How they met from Marley’s perspective: “I work at a wonderful company called Lush cosmetics, at this time I was working at the Scottsdale location and I literally just got back to town from a months travel abroad. It was a slower day and I saw this gentleman popping over to every section of the store intrigued but confused we chatted and he loved the more natural side of things I gave him a hair consultation and he ended up going with smelt better vs what would be better for his hair either way they were both bomb shampoos.. – sorry, got side tracked- well time came for my 15 min break and when I got back I saw him leaving and from the other side of the shop yelled “bye Dan” ( its a big shop that wasn’t classy but something came over me to do so haha). He made an awkward movement like he was surprised to hear my voice again that and left… I really didn’t think much of it but about an hour later he came back and in the most genuinely sweet and not creepy way told me that that I seemed like a cool person to hang out with I was so passionate and knowledgeable about my job that he would like to hang out sometime. At this time i just gave him my social media since I’m working and my number is sacred haha. I could tell he thought I was BS’ing him so hours later when he found me then I DM’ed him first. About a month or so went by and we chatted but I was in Vegas for a bit and he was in Cali so it was difficult for us to connect. Honestly at this point in a “millennial fashion” which is something my Mom would say I probably would have given up on actually trying to see him but after a stressful day I invited him out to get a beer and we chatted about sustainability and hit it off ever since. About a week later when sparks really went off we got stranded at Lockett meadow because his truck didn’t start we kept our cool and just started problem solving and being stuck in flag for 3 days wasn’t so bad but being in a hectic situation as 2 new people to each other we were able to solve the problem ( with help) and we trusted each other and that for me was a new sensation.”

It was such a cool and unique experience for me to capture these two because they wanted to incorporate so many different things from their relationship that led them to the point that they are at now. Seriously two of the coolest people I have ever met & we connected like long lost friends. So STOKED for their wedding in 2020!! 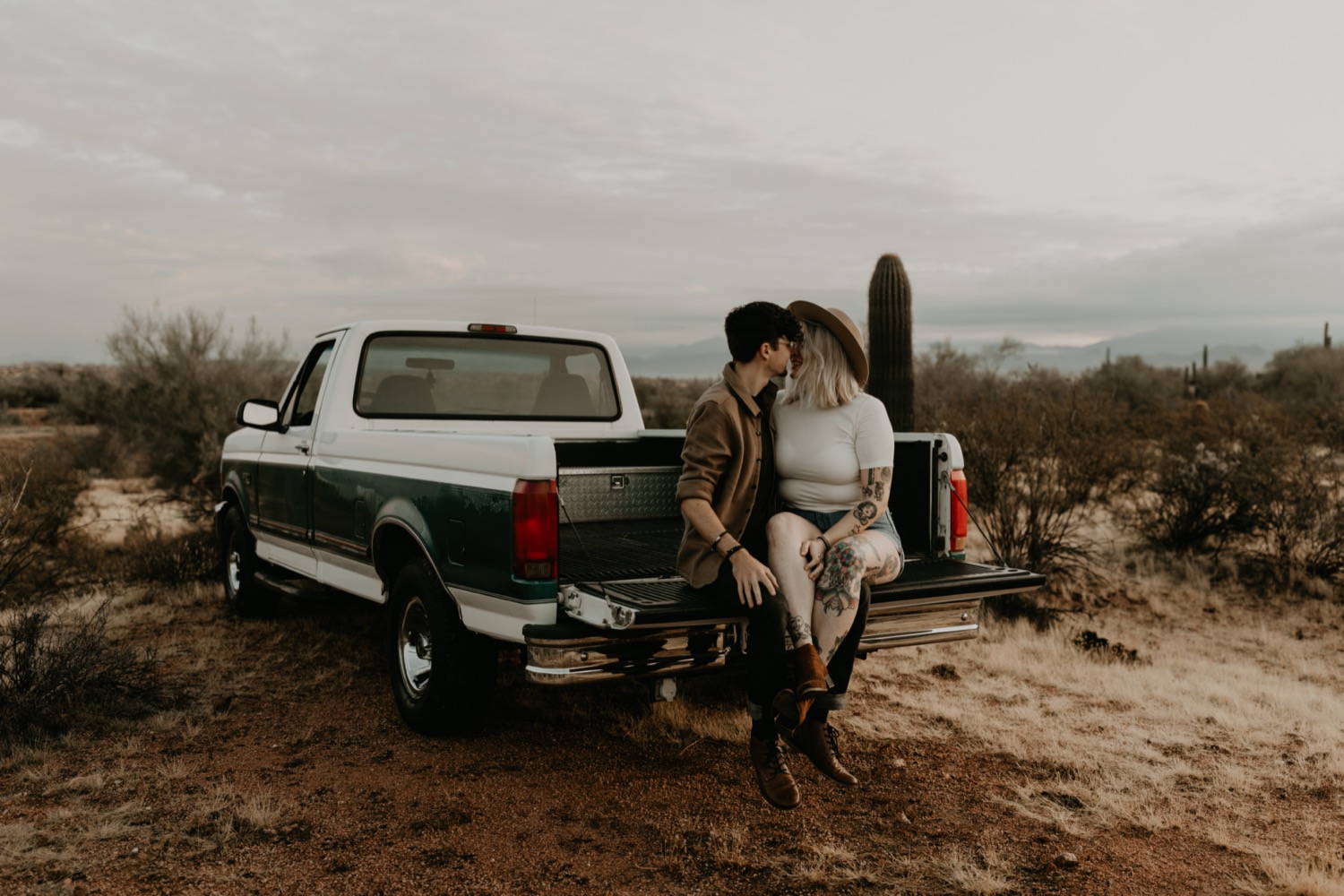